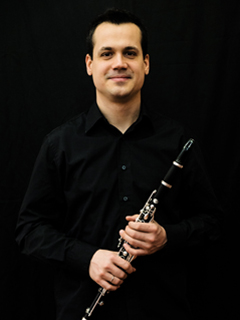 Currently, he is a clarinet PhD student at Academy of Arts in Novi Sad in the class of Tadej Kenig.